Savvy entrepreneurs rely heavily on OPM (Other People’s Money) when they don’t have any of their own to launch a business with. It makes sense to use OPM even when you do have your own money to mitigate risk–your risk.

One of the greatest American industrial companies was launched using an early variation of the cash float financing technique. I’m referring to the Ford Motor Company. 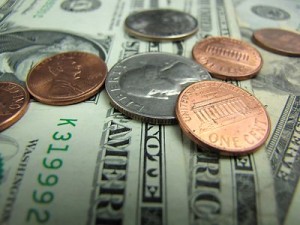 Back in 1902 Henry Ford had a vision for a new car company which would cater to the mass market customer, while the competition chased the wealthy hobbyist. However, Ford did not have access to the necessary capital for building a factory. Moreover, he did not have a management team of industry “stars” who could attract money.

Looking at his situation objectively, one could not help concluding that he was “dead in the water” from the get-go. A classic Sitting Duck situation if there ever was one. But this did not stop Ford. As someone once said, “Reality is something you must rise above.”

So Ford formulated a business model which could make his dream of a motor company come to fruition without a lot of money—that is his money. His model relied on using OPM to finance his start-up.

Here’s how he did it:

* Ford raised a nominal sum of money from friends for initial working capital purposes knowing that a manufacturing company cannot be started from thin air. Moreover, he needed to show to that he had some “skin” in the game in order to be taken seriously. The next best “skin”, if you don’t have any of your own, is that of your friends. Outside parties know that you will fight hard not to lose your friends’ savings.

* He also used his selling skills to quickly build a network of dealers who wanted to carry a low-priced automobile for the mass market. In return for the privilege of becoming dealers for this new car, they had to agree to pay cash on delivery for each car. This was the first half of creating a cash float.

* Ford then negotiated a 30-day payment period with his suppliers meaning that he received the parts he needed to build his cars without having to pay for them until 30 days later. This was the second half of creating his cash float.

In other words, he would receive the $500 worth of parts needed to build a car “for free”. He’d build the car and immediately sell it to a dealer for $1000 in cash. Then he had the $1000 in cash to pay the expenses which couldn’t be delayed, such as overhead and payroll, and finally the parts suppliers four weeks later. Of course, the left over profit was reinvested continuously to grow the company.

I’d hate to think about what might have happened to Henry Ford and his dream of starting a motor company if people had been advising him to write a business plan, develop a Powerpoint presentation, and perfect an “elevator pitch”. I like to think that he would have just rolled his eyes at their naivety and carried on as described above.

If you study the startup strategies employed early on by entrepreneurial superstars such as Peter Thiel, Michael Dell, Jeff Bezos, and tens of thousands of others, you will see that they all used cash floats early on to gain that all important traction.

Moreover, there are many more options for creating them today then existed in Ford’s day. We get into the details of cash floats in the Startup Guide.

If you’re failing at raising outside money but determined to take your project from concept to operating company, you have a choice. One, you can continue wasting more time chasing after disinterested investors. Two, you can start to make some headway today towards traction by learning from the elite entrepreneurs who understand how to exploit entrepreneurial finance techniques such as cash floats and many others.

With the first option the odds are that in three or six months you will still be in the same place that you are today. With the second, you will be able to point to real progress that demonstrates your entrepreneurial acumen and bestows investor respect on you.

Which scenario do you want?

The Startup Guide will teach you the intricacies of how to launch your company with cash floats and other savvy tactics and tools. It will also teach you a great deal more about how elite entrepreneurs get their ventures off the ground.

Ask yourself this: Six months from now do I still want to be polishing my business plan or do I want be running a startup with traction?

If you’re not sold, at least bookmark this site for future reference. Fifty percent of the people who buy the Startup Guide end up wasting a further month chasing capital after first seeing this site. The other fifty percent buy it immediately and begin to view the startup process through the eyes of entrepreneurial stars within 24 hours.